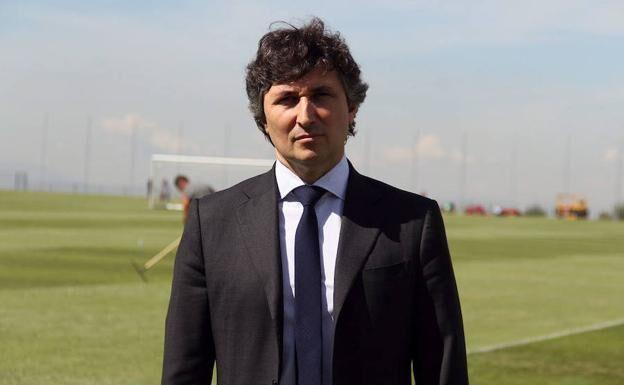 Gino Pozzo, the owner of the Watford English Premier League football club, is making news again as he moves to purchase Sabadell, a Spanish club. Noted for his passion for football, this news is not

Gino Pozzo, the owner of the Watford English Premier League football club, is making news again as he moves to purchase Sabadell, a Spanish club. Noted for his passion for football, this news is not shocking to many people.

According to available reports, a group of investors led by Gino Pozzo will close the detail to purchase Spain’s Primera Division RFEF Catalonian club, which is in the third tier of the country’s football league. Pozzo has been said to be working with Sabadell president Esteve Calzada for several months on taking over some level of the organization’s sports management, though there was little indication that a much bigger decision was in the works.

Confirmation of the purchase of ownership is not yet clear. Still, there is promise for those ready to see change and new opportunities for the Spanish club, as Gino Pozzo brings with him significant talent and experience in ownership.

The Sabadell football club has been in place since 1903. They have had numerous successful sprees, including between 1965 and 1972, though their most recent were in 1986 and 1988. In 1935, the group reached the Copa del Ray final, though they lost to the Sevilla competitor.

Currently, the team is ranked 9th of 20 teams in their Group 2 division. In their most recent season, they have won 4 of their last 9 league games. The league includes organizations like Athletic Bilbao, Barcelona, Real Sociedad, and Osasuna.

The Sabadell football club is currently managed by Gabri, a former Spanish international player with more than 130 appearances during his career with Barcelona. The team plays at the Nova Creu Alta.

The Sabadell football club does have a significant number of skilled players. That includes mostly Spanish players, along with Ismael Athuman, a defender from Kenya, and Joanet, a midfielder that has played for Equitorial Guinea. Moha Keita from Senegal is also on the team.

Prior to his interest in Sabadell, Gino Pozzo is noted to have been interested in other teams in the region, including Valladolid and Granada. The news of the desire to purchase the Sabadell Spanish club could signal new opportunities for all involved.

Football is in Gino Pozzo’s life. In the 1980s, his parents purchased an Italian football club and taught him the love of the game. He attended college in the U.S. and graduated from Harvard Business School before returning to Italy. At that time, he made the decision to set out to run a professional football team, noting the success his father had in doing so. His father went on to purchase a second team in Italy, which has also been noted for being a highly successful investment and an improvement in the team’s performance.

This led Gino Pozzo to move to France, where he started the process of considering options in football clubs to purchase. Around the same time, the English Premier League team in Watford was going up for sale and seemed to be the ideal investment opportunity for him. The team, which was poorly managed prior to this, gave Pozzo the opportunity to turn things around. He moved his family to England so he could participate in every decision made for the team.

He has committed to the long haul to improve the Watford team and continues to work to build up the talent there. Though the competition in the region, such as Manchester United and Liverpool, have much deeper pockets, he is committed to working to achieve improvement in the team.

Having fallen in love with British culture and the region’s dedication to football, Pozzo made a long-term commitment to the area. Though his budget and pockets may not be as deep, his passion and love of the game could help to make a significant difference in the club’s success.

Gino Pozzo brings a significant amount of experience with him to the Sabadell team and has the dedication and perseverance to work to build another success. Though there is a lot of work to do, there is much anticipation for what Pozzo may be able to accomplish.