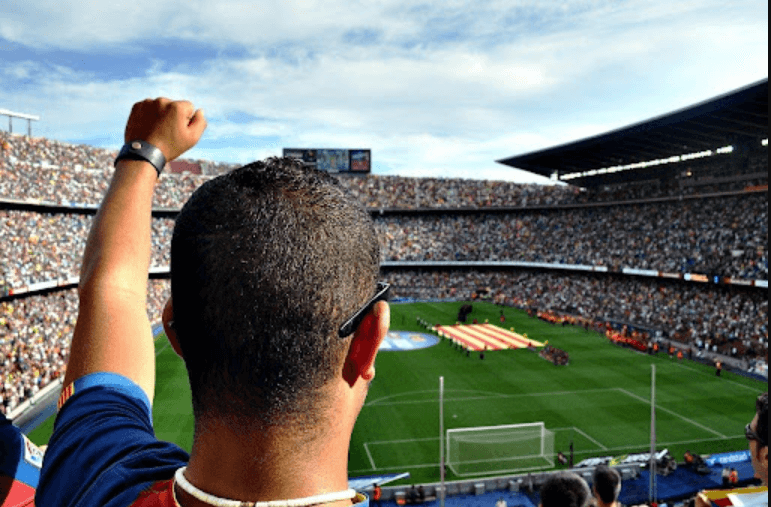 Originally, the name of the Al Humaidi Family gained prominence only in Kuwait. But in the past couple of decades, all that changed. By setting up KEH Investments, Dr. Abdulla al-Humaidi set the foundation by

A case in point is the Ebbsfleet United club, which Dr. Abdulla Al-Humaidi saved from insolvency in 2013. Since then, the Al Humaidi Family Kuwait has poured millions into rehabilitating the club. For his part, Dr. Al Humaidi has reiterated his commitment to the club and the community several times over the years. That commitment has shown through, with a slow, steady revitalization of the club’s facilities and its team.

In fact, this year Ebbsfleet United is welcoming a long lineup of new faces to lead the club. Already, the club has gotten off to a great start. And while it’s too early to tell, the ultimate goal of a future promotion to the Football League isn’t out of the question.

Perhaps Ebbsfleet’s most notable new face is that of their new manager, Dennis Kutrieb. Before joining Ebbsfleet, Kutrieb led Tennis Borussia Berlin to the top of its league from 2018 to 2020. In Kutrieb’s first year, TB Berlin finished second in NOFV-Oberliga Nord. In his second, before the season was ended by the coronavirus, the club was dominating. They’d only lost twice while scoring 61 goals and limiting their opponents to 17 goals over 19 games.

In his limited time as Ebbsfleet manager, Kutrieb hasn’t disappointed. The club is off to a strong start with four wins, one draw, and two losses. They currently sit in fifth place in the National League South. On November 6th, the Fleet will take on Leyton Orient in the first round of the Emirates FA Cup. They’ll be attempting to make the second round for the first time since 2003.

As mentioned, Ebbsfleet has added a slew of new faces in addition to their new manager. And many of them are already making major contributions.

Earlier this year, striker Dominic Poleon agreed to a one-year contract with Ebbsfleet United. As of this writing, Poleon is Ebbsfleet’s leading scorer, with seven goals through the seventies. Poleon has poured it on at times, already achieving two hat tricks throughout the short season.

Also, while he’s not a new addition, Ebbsfleet captain Lee Martin is enjoying Kutrieb’s fresh approach. Traditionally known as an assist man, Martin’s goal-scoring has been thriving with Kutrieb’s freer, European style of football. In an interview, Martin said, “This [style] gets the best out of me, I enjoy working with Dennis and for me in the latter stages of my career it’s something I can really enjoy, dictating play and manipulating the football as opposed to running channels and chasing balls. This is what I like to do.”

Also of note is the addition of Alex Finney who came back from surgery to join the Fleet. He immediately made his presence known, playing a pivotal role in the Fleet’s defeat of Aylesbury in the FA Cup qualifying round. And Finney wasn’t the only player to make his return in an all-important FA Cup tie. Kieran Monlouis debuted for the Fleet in that same match and scored the winning goal. Monlouis was coming off an illness at the time and surprised even himself. He said, “I’m not a goalscorer, to be honest – it’s not really been my game. But I feel as I get older as a central midfielder that’s what makes a difference.”

A Good Problem to Have

Ebbsfleet’s young season has seen a fantastic run of health for its players. As of late October, the team is almost injury-free. Of course, that run of health comes with its own set of problems. That is, when Kutrieb has to make roster decisions, he’s bound to limit some players’ time on the pitch. So far, though, that hasn’t stopped the Fleet from performing well. In fact, Monlouis and Elliot Romain both scored the winning goals in each of the Fleet’s FA Cup ties off the bench. In league play, Adam Mekki and Jack Paxman also both scored after coming off the bench.

For the Al Humaidi Family, the auspicious start to the 2021 season is years in the making. As mentioned, the family’s investment saved the club from going bankrupt in 2013. From the start, this was a rehabilitation project. And while club ownership was new to the family—at the time—tough projects were not. In fact, from the outset Dr. Al Humaidi’s goal was to take a non-league club and develop it.

Before the pandemic hit, the Fleet was well-positioned to realize their owner’s goal and reach the National League. However, a controversial ruling by the FA Alliance Committee left the Fleet 0.001 of a point away from promotion. To say it was close is an understatement. Yet, as heartbreaking as that ruling was for the club and its fans, it’s a marked sign of progress.

The Al Humaidi Family in Kuwait and the club’s fans have much to be pleased about. On top of the positively trending play from the club, the stadium is also steadily improving. When Dr. Al Humaidi first arrived, the stands were old and rusty. With the Al Humaidi Family’s funds, new stands have been built and old ones rehabilitated. The upgraded approach has caught the eye of talented players with the Fleet now drawing players away from the Football League.

For fans whose club was on the brink just eight years ago, the Fleet’s current state is a welcome sight.